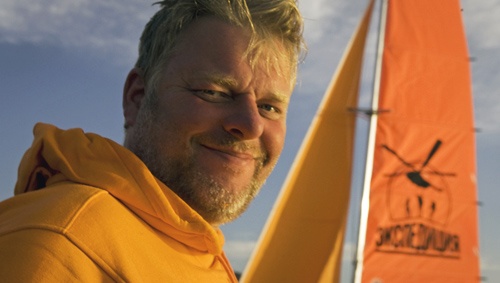 Alexander Kravtsov – creator of the company “Ruyan” and brand “Expedition”, organizer of an international race “Expedition-Trophy”, «Expedition Around the World» and other regular expeditions, founder of the Academy of Entrepreneurship, Business Surfing School and “Ruyan Invest Club” , city-forming enterprise of Ruyan-city on the Ob river.

He was born on January 18th, 1964 in Salekhard in the family of music teachers. In 1984 he enrolled at the Moscow Institute of Oil and Gas named after I.M. Gubkin (now Gubkin Russian State University). In 1986 he was called up for military service in the Soviet Army. He graduated from the Institute with a specialization of “Field geology of oil and gas”. Together with his friends-partners he organized “Ruyan” company in 1995. At various time periods the company created and released on the market the following brands-leaders: Raptor, Mosquitall, Twist, Salton, Forester etc. Since 2001 the company has been concentrating on the lifestyle brand «Expedition». 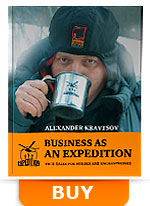 FILONOVA OXANA LEONIDOVNA
Hello Alexander. I’d like to thank you for the book “Business as an Expedition”. There are very few books like this one. Russian businessmen have not yet learned or do not resolve to write about their experience. So, it is much more valuable, that people like you exist. I read the book during the...
Read more

Vyacheslav
Thank you for the book Alexander. I’ve read it with great pleasure, many ideas coincide with mine, some are opposite, and in general the book is magnificent. I particularly liked the tale about a flat in Klin, I have been there once and impressions are very lively. I completely agree, in business...
Read more